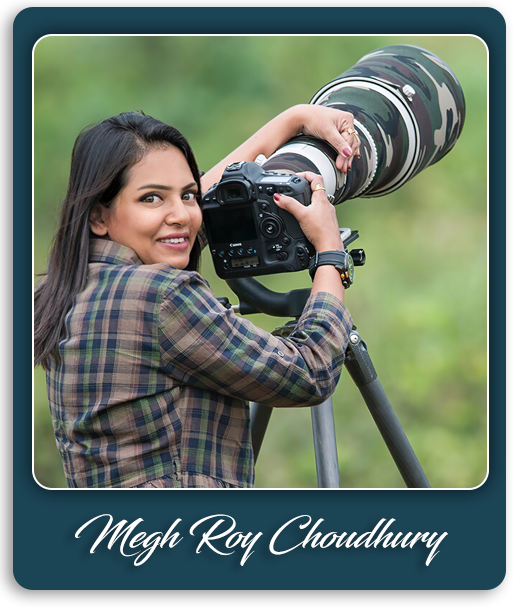 Megh Roy Choudhury is a Kolkata based wildlife photographer and is professionally an educationist. She started her tryst with nature 7 years back. Photographing bird was the principal area of her interest, but slowly she started taking interest in lesser cats and Red Panda. Her Red Panda images have bagged lots of international prestigious recognitions. She firmly believes that photographic documentation of these beauties will arouse an ardent public interest in nature conservation. Her journey into wildlife journalism started as the Editor of “Wild Sojourns” , an on – line magazine dedicated to wildlife, nature and conservation.
She believes that change is a natural process so instead of resisting it, one should try to change the photographic perspective in accordance to the development of natural resources. She is at present experimenting with different perspectives of wildlife photography specifically shooting habitat and wide angle shots.
It’s a matter of pride for us that one of her Profile images has been put up as one of the ICONS on the website of MACAULAY LIBRARY (a part of The CORNELL LAB),which is the world’s premier scientific archive of natural history audio, video and photograph.
As a wildlife enthusiast, her main aim is to make people aware of the importance of conserving Mother Nature and her beautiful denizens which will create a better world with a peaceful coexistence. For her , it’s conserve or perish. 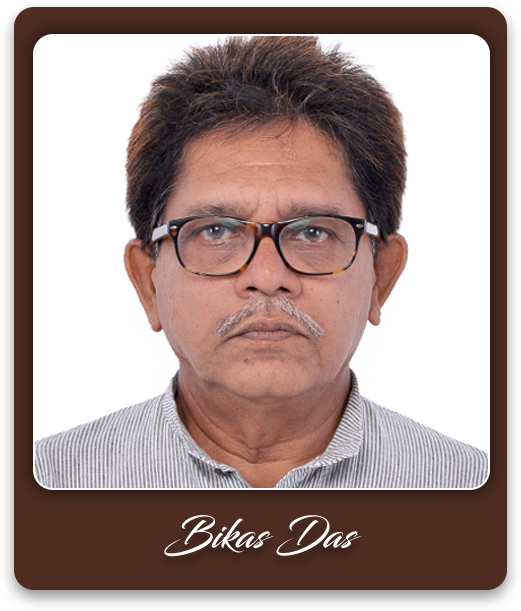 Mr. Bikas Das is a veteran photographer based in Kolkata. A self-taught esteemed senior Photojournalist working for the Associated Press since 1989. Started career as a freelancer for Satyajug, a vernacular daily (1977-81) and for The Statesman (1981-89). In his long career, he has contributed to almost all the newspapers and magazines in India. He prefers to shoot people in candid moment in their natural habitats and loves to travel and work in rural areas. Anthropology and History are his favorite subjects. A trained mountaineer, Mr. Das has joined several expeditions and high-altitude trekking in The Himalayas. He also was conferred honorary fellow, Hon. FCOS title from FotoClub of Sibiu, Romania for excellence in Black & White prints. He has won Candid Journalism Photography Award in 2012, 2017 and 2019, UNESCO award 5 times, Asahi Shimbun award 4 times, Nikon award twice, Olympus, FIAP medals etc. to mention a few. Also, his works have been exhibited in 30 countries worldwide. He is a life member of The Federation of Indian Photography (FIP) and The Photographic Association of Bengal (PAB). Mr. Das organized 1st International Color slide Salon in Calcutta on the eastern flank of Hooghly River under the banner of PAB. He is an official X-Photographer and Mentor for Fujifilm in India. 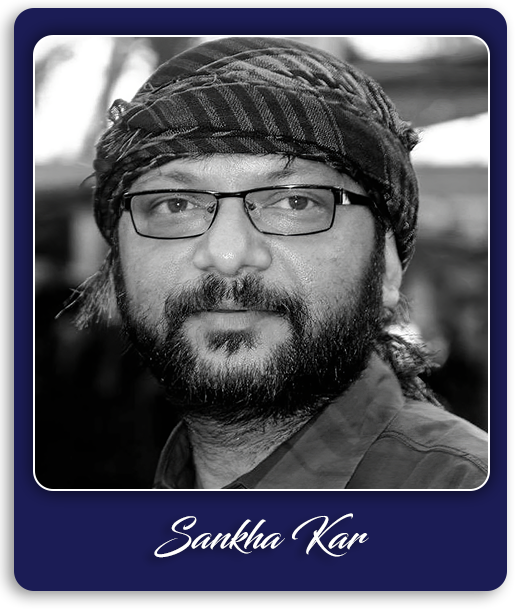 Retrospectively, Sankha Kar was destined to venture into the world of art. But unlike his father (Bimal Kar, retired principal of Government college of art and craft, Tripura) who used a paintbrush to capture an image on canvas, he uses a camera. Yet, more than genes, it was fate that charted the course of his career very early in life. When he was just 3, a crippling polio disease paralyzed his right hand and left leg. He had to learn to walk again while other children pranced around effortlessly in the neighbourhood. This experience made him observant and now he was seeing things, which he would have otherwise missed.

It’s this special trait of looking at objects from a different perspective that has stood him in good stead in his almost three decade long photojournalism career.

Armed with an indomitable will, he forayed into photojournalism in Kolkata, India. After working with three regional language newspapers and Reuters in India, he moved to Dubai and now working as deputy photo editor at Gulf News. As a photojournalist, he has covered several major events like tsunami, earthquake, cyclone, elections in India and has also been in the thick of the action during the civil war in Jaffna, Sri Lanka.

However, he couldn’t confine himself to photojournalism. His relentless quest to learn forced him to venture into wildlife and fine art photography. One of these projects is ‘Fluid Moment’ and another crazy one is ‘Shooting From The Toe’. His long-term project is documenting the ever-changing skyline of Dubai, which he is witnessing in the last two decades.

His work has won him many accolades. These include appreciation from the Ministry of Information and Broadcasting, Government of India, at the 6th National Photo Contest in 1993 and several ‘Photojournalist of the Year’ and other awards in Dubai. He also has an AFIAP from The International Federation of Photographic Art and a Licentiate of The Royal Photographic Society of Great Britain. His pictures have made it to various international photographic salons, including solo exhibitions in UAE and India.

In 2017, he paired up with his artist father for an exhibition titled Genome Effect, which featured his photographs and his father’s paintings. Sankha also presented a paper on photojournalism at the 10th International Photographic Conference 2014 organised by the Photographic Association of Dum Dum, Kolkata, India. This year, he was invited to participate in the first Kolkata International Photo Festival as a photographer and portfolio review 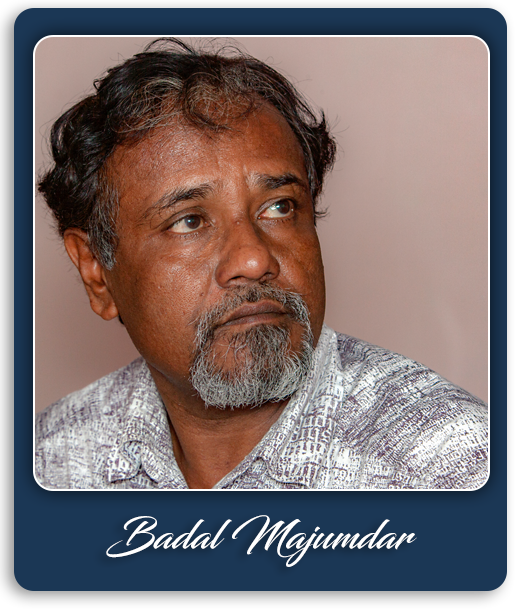 Badal Majumdar was born and brought up in Tripura. After graduating from MBB college, he completed the 5 yrs degree course in commercial art from Tripura Govt. Art college with high distinction.
Started his professional life in Ahmedabad in 1983 at an advertising agency and worked there for three yrs,
Joined the prestigious V.I.T. museum in Bangalore as an exhibition assistant and worked there for almost 28 yrs to retire in 2014 as the Senior Exhibition Officer.
At present, he is a freelance painter and sketch artist.
Badal loves to sketch heritage buildings and structures and his work is highly regarded in professional circle. Recently ,the prestigious newspaper ‘The Hindu” published an article on him and his work which created a widespread excitement in professional artist circle in India.

Lives in Bengaluru with his wife, Bharati but is planning to shift to Kolkata permanently. His connection to Tripura and its culture is very deep and strong . 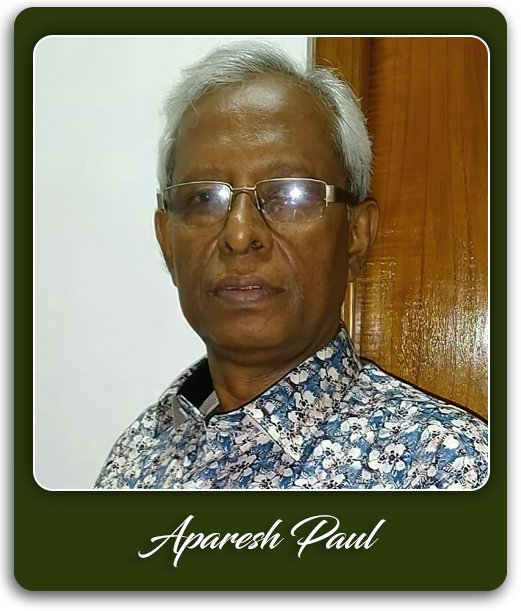 Aparesh Paul was born in Agartala, Tripura. After finishing the high school, he joined the Government Art College in Agartala and completed a 5 yrs. Diploma course in Fine arts. It may be noted that he was in the first batch of the college and he topped his class in the finals. He worked with Geological Survey of India and retied in 2017. At present he is the chief illustrator of the “Dainik Sambad” – the largest selling Bangla newspaper of the North East India.
Throughout his life -he has won numerous awards. Some of them are – first prize in” All Tripura Painting and Sculpture Exhibition” organized by Tripura Rabindra Parishad -and he won it twice in two successive years. “ Jnan Bichitra Puroskar”, “Dhirendra Krishna Deb Barman Smriti Puroskar awarded by Govt. of Tripura.
He has participated in numerous group exhibitions in Tripura, West Bengal and North Eastern States.
He is well known and highly regarded in the artists’ circle in Tripura . 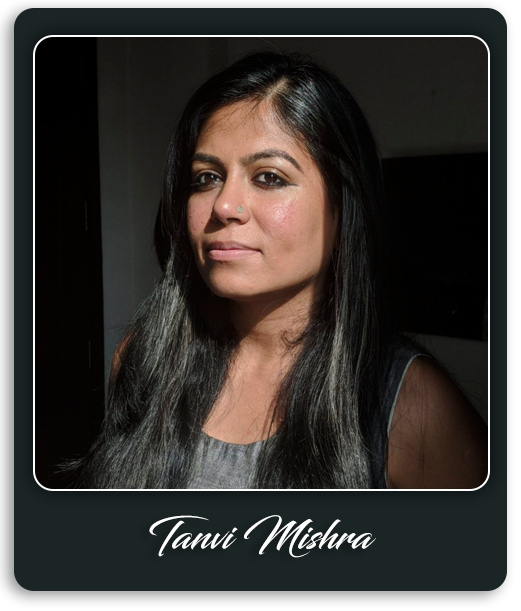 Tanvi Mishra is a Delhi-based photo editor and curator. She is interested in the visual representation of South Asian histories and narratives, and in examining developments in the notion of fiction within photography, particularly in the contemporary political landscape. Previously the photo editor, she now works as the Creative Director of The Caravan, a journal of politics and culture. Tanvi is part of the editorial team of PIX, a South Asian publication and display practice. In 2013 and 2015, she was part of the Delhi Photo Festival team in India and was the guest curator at the second edition of Photo Kathmandu held in Nepal in 2016.  Her writings on photography have appeared in several publications, such as The Caravan, Transformations-Exploring Changes in an Around Photography, Long Read on Contemporary Indian Photography commissioned by Dutch Culture and most recently in the WHY EXHIBIT book published by FW: BOOKS. She has served on juries, including at the Hindu Photojournalism Awards and the selection committee of the Joop Swart Masterclass by World Press Photo, and worked as a curatorial collaborator for the Greenpeace Photo Award 2018. 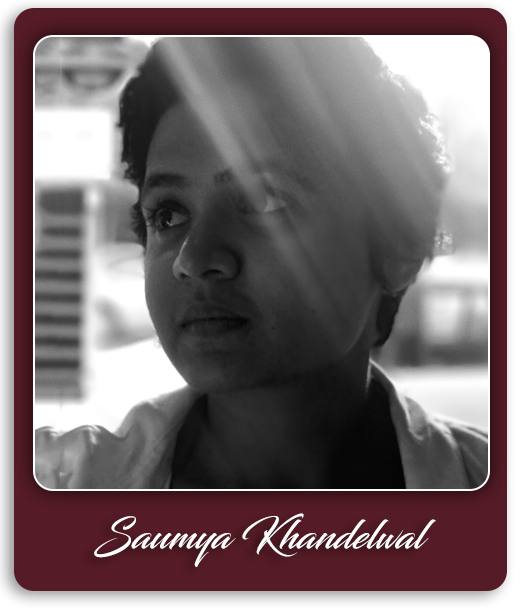 Saumya Khandelwal is a photojournalist based in New Delhi, India, contributing for National Geographic and The New York Times among others. Having been selected for World Press Photo’s 6X6 Global Talent Program 2019, she is a Getty Images Instagram Grantee 2017 for her work ‘Child Brides of Shravasti’ and has worked on gender and environment issues; having previously worked with Thomson Reuters and national daily Hindustan Times.

Over the past six years, Khandelwal has built a diverse body of work spanning journalism and documentary genres of photography that has been featured in The Guardian, The Wall Street Journal, Bloomberg, Al Jazeera and Time among others.

When not wielding the lens, Khandelwal serves as a judge, mentor or speaker given the opportunity. 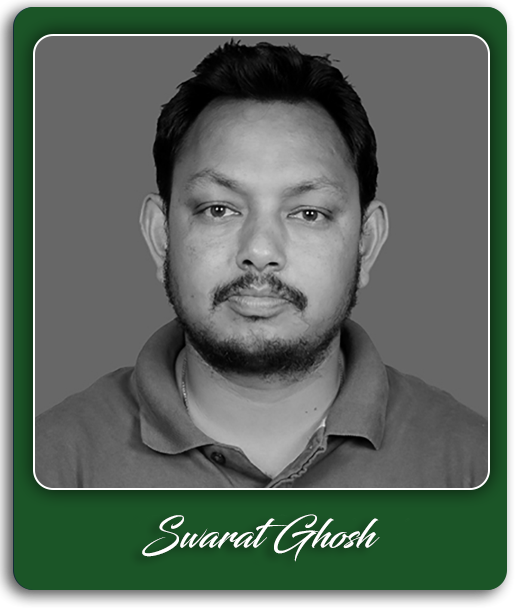 Swarat Ghosh is a Hyderabad based Photographer.

Presently, he is part of mentorship program for Agency VII. This year, he was also nominated for Joop Swart Masterclass,2019 organized by World Press Photo. He was also the finalist in “Lens Culture”, a Street photography competition 2017. In 2016 he won the prestigious Neel Dongre Awards for Excellence in Photography grant organized by India Photo Archive Foundation.
His work “Beyond Street” was part of a print exhibition in Indian Photography Festival, Hyderabad, India. Eyes on Main Street Wilson Indoor Photo Festival North Carolina, United States of America 2018 and has been screened at the Odesa.Batumi Photo Days 2017 Georgia, Photography Festival Maribor, Slovenia, 2017. Also, his other works got exhibited in prestigious platforms including “Pondy Photo Fest 2014” Pondicherry, India.

History
He was born and brought up in the Black Diamond district or the Coal Capital of India in Dhanbad. His parents stays in suburbs of Kolkata,the place name is Serampore.  His dad is the retired General Manager of BCCL.While his mom is a housewife managing home. His elder sister is a freelance content writer & works in Kolkata. His wife is a primary teacher and working in Bolton School and together they have a son Sheyan who is 9yrs old studying in the same school in the 5th standard. He is thankful to his family, friends and colleagues for their enormous support and source of inspiration to continue his journey in the field of photography.